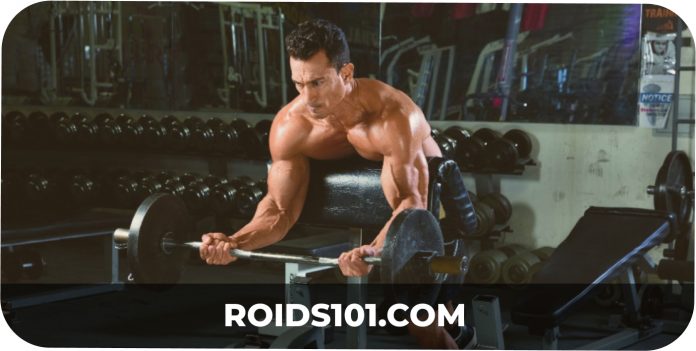 Scott bench curls can complete your biceps training, or be the last movement on your back day. The development of your biceps will increase significantly.

Analysis of the Scott Bench Curls

This is the most isolated movement among all biceps exercises. A similar effect is achieved only by a concentrated bicep curl. This is movement that allows you to build a vivid definition of your biceps and tighten them.

The exercise allows you to work on the short biceps head to a greater extent, and the long one to a lesser extent. Brachialis and brachiradialis work a little less. They need to be further worked out with hammer curl or other movements. Round pronators also work in the exercise, but the biceps take up most of the strain.

The most important advantage of the movement is that it must be done completely without cheating. Even if the athlete raises his arms above the stand, he will not be able to seriously swing the body, and shift the strain on the back muscles and abs. Therefore, the movement is great for beginners who cannot do barbell bicep curl properly. But in this case, you need a very light weight, and constant monitoring of the position of the upper body.

Including the exercise into workout

If an athlete does concentrated curls, Scott bench curl may be the penultimate exercise in a workout. In this case, you can do the exercise like any other one for biceps, 3-4 sets 8-12 reps each. Some believe that it is better to work for 6-8 reps with a little more weight. It varies, because arms of each athlete respond to the strain individually.

In case when the training ends with this exercise, you can do one warm-up set, and right after – a working one, but until failure.

Weight should be chosen so that it would not compromise the correct technique of exercise performance. Isolated movements are not a field for competition in strength. If you overestimate your capabilities, there is a risk of not holding the bar at a neutral low point and lowering it too quickly. Then the arms might bend over and injury to the elbow joint is possible.

Larry Scott came up with an exercise, because he was dissatisfied with the shape of his biceps. He wanted impressive peaks, and was able to achieve them by performing a lot of isolated work, including the bench. The exercise went down in the history of bodybuilding as a “legacy of the golden age”, and is performed by quite a lot of athletes. It is suitable for beginners, it is only important to choose a moderate weight.