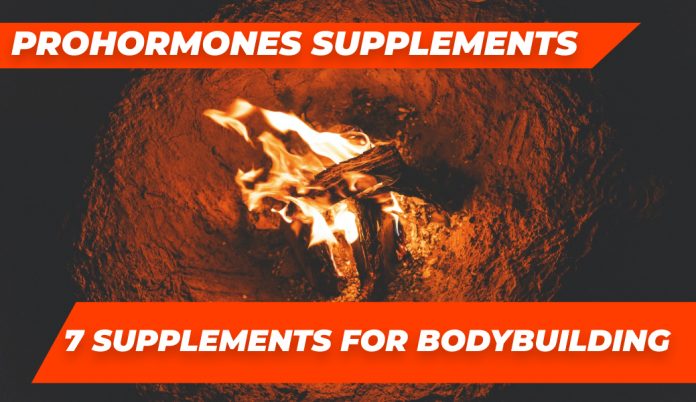 In the past two decades, prohormones have been actively used by athletes in bodybuilding, powerlifting, and other strength disciplines to increase muscle mass and strength. Initially, the main advantage of prohormones was their legal status, since formally (and technically) they are not anabolic steroids per se. Nevertheless, in recent years, many prohormones are listed along with steroids, and their circulation is limited.

As for today, manufacturers are continually working to create new prohormone substances that are not yet banned. However, a couple of years after the product is withdrawn from circulation.

As a rule, manufacturers claim that their prohormones are much safer than steroids, but in reality, this is not always entirely true. Firstly, the manufacturer’s primary goal is not to create a more reliable product but to synthesize a new formula that would have anabolic effects and would not be listed as a prohibited substance. At the same time, the issue of safety is secondary. Secondly, most prohormones are much weaker than anabolic steroids, and this explains the lower risk of side effects. It leads us to the conclusion the prohormones are not much safer than steroids taken in moderate doses.

The constant race of manufacturers and government control leads to the fact that some prohormones appearing on the market do not pass any clinical trials. It often turns out that these supplements have rather serious side effects that are even more severe than that of the regular steroids. It should be noted that prohormones have a dietary supplement’s status, which means that the quality control of these products is much lower than that of pharmaceuticals.

Prohormones have the same side effects as anabolic steroids. The severity and frequency depend on the specific formula of the additive.

In general, studies have shown that taking anabolic steroids and GH does indeed increase muscle mass and strength. However, this practice has some side effects. There are known cases of hormonal dysfunction, impaired liver function, hyperlipidemia (increased levels of lipoproteins in the blood). Besides, taking steroids increases the risk of cardiovascular disease and inappropriate behavior (the so-called «steroid rage»). Some of these effects are irreversible, especially in women. For this reason, most sports organizations have banned the use of anabolic steroids. Their use should be avoided. The only exception is the use of steroids as prescribed by a therapist for the treatment of certain diseases.

At the moment, there is some evidence confirming the ability of prohormones to increase testosterone in the blood. But there is practically no evidence that prohormone supplements can improve adaptation to training in young men with normal hormonal levels. Most studies report that prohormones do not affect testosterone levels in any way, and some of them can increase estrogen levels and lower levels of high-density lipoproteins (HDL).

Although prohormones can be used to maintain the level of male hormones in older age groups, they appear to be ineffective in terms of use by athletes. Besides, most sports organizations have prohibited the use of prohormones as “steroid-like substances.» Taking prohormones will give a positive test result for anabolic steroids. It is the intentional and unintentional use of prohormones (as part of various supplements) that has recently become the cause of many positive steroid tests among athletes.

The composition of supplements should be carefully examined for the presence of prohormones. It is especially true for athletes whose sport discipline prohibits the intake of these substances. For example, some prohormones are banned from sale in the US since a special law was passed in 2004 regarding the use of anabolic steroids – the Anabolic Steroid Control Act. The one exception is dehydroepiandrosterone (DHEA), which has undergone many clinical trials in older age groups.

Recently, a new way to increase the level of endogenous testosterone has been found – by blocking aromatase activity. Two studies examined the effects of specific aromatase inhibitors. In both experiments, a significant increase in the level of dihydrotestosterone was recorded. The effect of supplements on the lean muscle mass growth in one of the experiments was not conducted at all, and in the other, no changes were recorded.

Prohormones have no pharmacological advantages compared with anabolic steroids. They are usually much weaker than the latter, while side effects occur quite often, due to poor quality control and the almost complete absence of studies. There is a possibility of delayed side effects, possible carcinogenic activity, etc.